At the end of January, one of the Junior League of Columbia’s new member groups hosted their second project night for Healthy & Happy Kids at Alcorn Middle School. The theme for the event was healthy eating and dental health.

Upon arrival, the students went to a trail mix station to make healthy snacks to take home. Next, they competed in a teeth cleaning contest where they were able to test their dental knowledge by brushing model teeth, with the ultimate goal of seeing who could brush their teeth closest to two minutes. Many did not realize how long two minutes could be, but one student counted down the seconds for two minutes straight! Students were able to take home new toothbrushes and reading material to “brush” up on (pun intended!).

The competition continued with a healthy habits relay. Students were given notecards with words such as “green beans” or “chips,” then had to move forward or move back a space depending on whether the food was healthy or not. This competition not only tested students’ knowledge of healthy and not-so-healthy foods, but also allowed them to show off their reading skills. Before leaving, participants took pictures with a giant toothbrush from the Fireflies! 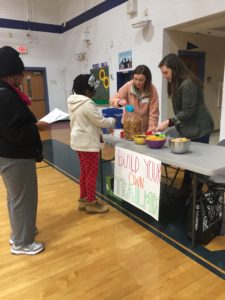 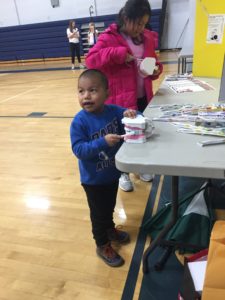 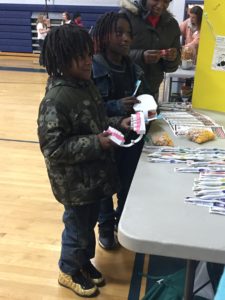 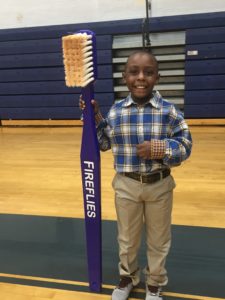 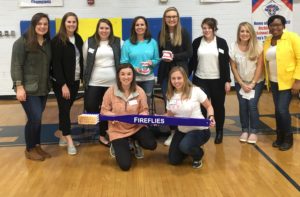