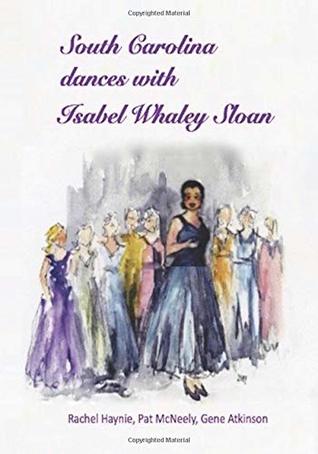 Born 1897 in Columbia, Isabel Whaley Sloan started teaching ballroom dancing and social etiquette when she was 17 years old. For three-quarters of a century, generations of children, including SC Governor Henry McMaster, flocked to her classes. Sloan was also well-known for organizing dances and social events for thousands of servicemen who were stationed at Fort Jackson during World War II.

Several years ago, author and local historian Rachel Haynie started researching and writing a book about Sloan and her dance classes. Following Rachel’s death in 2018, her friends joined together to finish the book. Barbara Yongue painted the book’s cover picture, and Pat McNeely and Dr. Gene Atkinson of Orangeburg co-authored. At this special event, Richard Durlach and Breedlove from the Big Apple, will demonstrate, in vintage costumes, the Sloan and Simpson Zimmerman dance style. There will be a Sloan style reception and a presentation honoring both Haynie and Sloan. Copies of the book, South Carolina Dances with Isabel Whaley Sloan, will be available to purchase and to be signed by McNeely and Atkinson.